Have you ever felt... bored? Or maybe... unimpressed? Unimpressed with the quality and worthlessness of your life? What have you ever done to make you different from all the rest? You're ugly, your jokes aren't funny, you suck. As you sit there in front of the television, gulping down your millionth bottle of beer and staring into the lives of fictional characters that don't even exist, you despise yourself. You look at what you've become—a fat ugly unfunny slob—and at that moment, you hope there is something redeeming you can do. Something to get you noticed, and to make up for all those wasted years.

Then you look into the television, tears streaming from your fat cheeks, and you look at those made up characters, living in a perfect (and constantly hilarious) world of dead children and graphic mutilation. That's it! You'll make a sitcom! Ahh, the sitcom. Also known as the situation comedy, it is television's finest trope, the source of the laughter today. True, what He bestowed on the sitcom, He bestowed on little else. Anyway, now that you know what you are doing, it's time to find out what you're going to do. Ayyy!

The first step is making your main characters. You don't really need to worry about the concept of your sitcom at this stage, because most sitcoms revolve around single comedic moments and thus render such silly things as plot and coherence pointless. To create your characters, you'd best be off looking at some tried and tested favourites. This method will make sure that the audience is used to, and expects, your characters, and will not coldly reject them. As Patrick Stewart so elegantly put it, "Imitation is the finest form of flattery". So, let's look at some lovable stereotypes, shall we? First of all, we have the lovable nerd. His charming escapades warm the hearts of the audience, and he's also a loser. Classic. Now we have the cool guy, and he's a cool guy. Period. But moving away from the males, all shows need a "sexy" character. I'm going to save a long explanation by saying that, in short, this equates to sex appeal, and all shows need sex appeal.

If this kind of set-up doesn't agree with you, maybe you'd like to try out the Emmy-winning "middle class family" cliché. To do this, you should first come up with a borderline retarded father—don't worry the trouble this will cause, 'cause everyone does this!—who should ideally be as dumb as possible in order to make such comically valuable stunts as shoving his penis in a pencil sharpener possible, and make the audience laugh with joy. Next is the mom of the family, although you can feel free to advertise her as a "MILF". The mother is that typical American/British/Albanian mom who always cares for her children, unless she is trying to murder them in a disrespect-driven rage (remember, episodes like this sweep up the Emmys!). She's the one trying to get the family together and out of trouble. Oh, and she is always hungry for sex. The kids of the family should be, in age order: son, daughter, daughter. These rules can be bent, but make sure that the son is supposed to be cool. After all, you do need to compete with the likes of Happy Days. Don't forget to add some background characters—they are important.

Think of a catchy theme song/opening See? This show followed the directions from the above picture.

Time to make an interesting opening that is like, nay, just is eye candy to the viewers. Make sure it will make people say "Hey! It's that show with the really funky opening sequence!", or at least "This opening sequence is so bad I'm going to watch the show for no reason!". Opening sequences must feature the title of the show (if you don't have a title, you can borrow someone else's), which is best off in a "groovy" font which can easily capture the attention of the viewer, for example Curlz MT or Comic Sans.

The actual content of your opening can be whatever you want, but it is usually best to include humor (or humour, if you want your show to have a high-class feel). One way to get around this is to insert clips from your show, which should flash by quickly enough to to give the viewer a seizure. You can come up with new footage, and feature a recurring gag to shake things up and destroy the repetitiveness. Unfortunately, some shows feature brilliant recurring jokes, but that doesn't stop originality (it doesn't stop unoriginality either). Maybe you can have a platypus come out of nowhere and crap out the opening credits. Perhaps you could include a dozen meta jokes and throw in dated pop culture references! Whatever, do what you want.

Also, after you've stolen, err, made up your gag, or can't think of one at all, you just have to have a kick-ass theme song. If it's something that's actually good enough to be called decent music, then you have failed miserably. Grab a guitar, shove your cat into it, rub it on your grandpa's back, and record what sound comes out of it. Maybe have one of the characters sing out-of-tune offensive jokes, or show someone playing a banjo, but the important thing is that if you can't make a song, steal someone else's.

Get some celebrities and guest stars

Bind and gag them if you have to, because one crucial thing to a sitcom is guest celebrities. Every sitcom nameable depends on more famous and talented people dropping in for an episode or two, and hopefully bringing their entire fan-base with them. Family Guy, Friends, Yu-Gi-Oh!, you name it, all have guest celebrities. In terms of getting your celebrities onto the show, the most "politically correct" way involves plenty of contracts, phone calls and pleasant agreeing, but it all pays off when the star you've bagged walks into your shed, uhh, studio. Pah! A much quicker way is to find them, shoot them (hopefully with a tranquilizer dart) and drag them to your shed. Immediately you see why this is much better: no hassle, no boring debates with receptionists. It's also much more fun to boot.

Now, getting your guests is one thing, but choosing them is quite another. In most cases, it is best to feature popular modern guests which people like, although the public may also be drawn towards appearances by much-hated guests in the hope that their livers with be ripped out. In terms of how you depict your guest star on the actual show, you can either make them cool (a variation of this is over-the-top fan worship which unfortunately only excites an eighth of the audience), or abuse them mentally and physically. Why don't you have them die? Or have them tortured by the show's "pacifist" character[1]? Either way, you have to have guest celebrities or else your sitcom is more-or-less screwed.

Make fun of other shows A good sitcom needs a good cast. This is a good example of a bad cast.

Yes, yes. Making fun of other shows is one of the most powerful weapons in your arsenal. This sounds like a cheap gimmick, and it is if you don't do it right. Typically, a satire of another show doesn't go very well, and might even go against the first show's comical stance. An example of such weak writing typically involves a guest appearance by a character from the show being ripped, or otherwise a quick mention of the other show. Clearly, this has little effect either way. A good parody should make the audience laugh amd strike fear into the hearts of your enemies.

How can this be done? Well, you could point out the other show's flaws[2] in two ways: the subtle way, and the unsubtle way. Some people say that the subtle way is better, and granted, there are reasons for this. It seems to go down better with the critics, and it's funnier. Any hits by this method also leave a sour kind of aftertaste in the other show's mouth as its creators realise the sheer comical skill you must possess in order to pull off such a good double-whammy of an attack. Then again, it's easier to go with the other method, the unsubtle way, which, when done right, can drive the people behind the other show to suicide. Observe: one of How I Met Your Mother's big competitors is the now-deceased Friends. Let's say How I Met Your Mother decided to present a sly vocal attack of Friends in one of their shows. The subtler option would go along the lines of "...Friends is such a 90's term." Quick yet deadly. But say they decided to go rough, and have one of the characters shout: "Friends is gay and Monica is a tranny! Fuck you, Matt LeBlanc!" Which do you think is more effective?

There is nothing better than controversy to make a sitcom garner attention like a bratty rich girl in a public school. Without controversy, shows will be left to wither and die for lack of attention. Surely there's nothing like a good lawsuit to just draw in the media and viewers...and eventually the monies. If you are lazy, you can just make your show overdose on profanity, sex, your mom, violence, and other explicit themes. This method is easy but has some flaws. Mostly, it will only appeal to sick retards, such as Internet users and perverts. Unless you desire that target audience[3], you should make fun of political issues, religion, and other stuff that could get your head sliced off. This is harder to accomplish; the lawsuits and anger will be huge; but if you accomplish it, your show will be highly regarded. And why should you be careful here? Who cares what Obama thinks if you call him a Negro? What's the worst Steve Jobs could do if you portrayed him as a pervert with learning difficulties? Oh, wait, he's dead, isn't he? Well, all the more controversy! Gore! Racism! Satan! Nazis! Ahem, forgot to take my medication there. Anyway, what I was saying is that for some reason, the general public just seems to like stuff that abuses free speech. In short, that's good for you.

Many sitcoms lose their touch after around 400 episodes, although some lose it much sooner. Aside from making several references to Conway Twitty or the token black guy's house getting destroyed while he falls out of the bathtub, there is only one way to make sure your show lives on and is remembered forever. Sure, winning a few awards and getting your name carved into the sidewalk in Hollywood is good, but getting a whole museum dedicated to your show—or even a colossal gold statue that makes the Statue of Liberty seem like Gary Coleman—is the best. Only then will your sitcom live forever. Just take a look at the Three Stooges. But don't get your hopes up. Knowing you, you're gonna probably have to live in the dumpster after the first season. 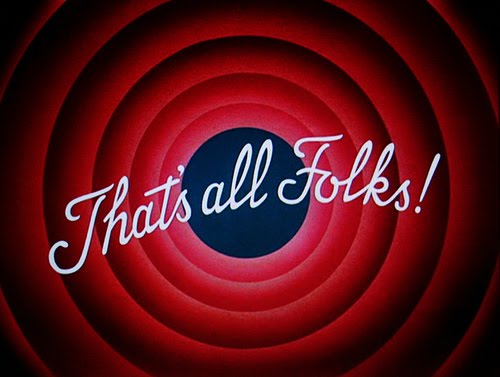